Poetry and animals in unpredictable places

What an exciting evening we had; poems about animals, surgical instruments, being a step mother and morris dancing! Here is the link to the reading, I hope you enjoy. There is a poem about the death of an animal which a friend said should carry a ‘mascara warning’ as it made her cry, so be prepared for that one all you mascara wearers!

Roadblock, was Seren’s featured Friday poem at the end of June and is the story of an evening visit to an injured horse. Below that is a video of Miss Freak’s Whelping Forceps, a poem about the design of this specialist instrument and how men and women have different approaches and ultimately

in the feral hours where instinct loosens

itself from shadows, it’s Miss Freaks we reach for

to coax the unborn to crown the light.

The launch night for the collection is Tuesday 13th July, it would be lovely to see you there. Tickets are free.

My first collection, Auscultation, will be available from Monday 21st June from Seren. https://www.serenbooks.com/productdisplay/auscultation

It’s a collection of poems written over the last 8 or 9 years but I suppose really a record of 30 years experience as a veterinary surgeon, stepmother and mother.

Auscultation means listening and specifically, in medicine, listening to sounds that come from the body’s internal organs. I have spent 30 years listening to animals and their inner sounds but also the concerns of owners and the stories of how animals play a central role in many of their lives. I’ve heard stories of cruelty and horror but also of such love and empathy I have been moved to tears. The consulting room really is a privileged place and the role of a veterinary surgeon can feel like a balance between healer, confessor and counselor at times.

The language of animals; how to restrain, coax and understand them is a skill learnt over a lifetime and I am still learning. I am constantly in awe of animals, their ability to adapt to situations and interpret them, their stubbornness, playfulness and honesty and in the case of horses and farm animals, their sheer bulk and majesty too. There are also poems about euthanasia and ending an animal’s life, the part of the job that all vets dread. These are the animals that wake you in the dark hours and make you question what you do. It’s a sad fact that the veterinary profession has the highest rate of suicide of any of the professions and this is explored in a few of the poems.

Other poems in the book are about my childhood and my experiences of being a stepmother and mother and the rollercoaster ride that parenthood takes you on. Here, listening and being listened to are central themes too, how the voice of a child can be ignored and the damage that can do and how we interpret motherhood according to our own experiences. The last section in the book is about being a step mother, the joy and heartache that brought and how, in fairy stories, stepmothers are always portrayed as the evil ones. These poems are deeply personal and a record from my point of view and of course the situation for all blended families is different and highly nuanced.

There will be a launch reading on Zoom on 13th July. Do get in touch if you’d like to be sent an invitation. 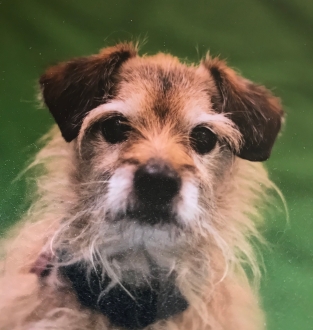 The wonderful group CAM4Animals has put together a celebration of dogs and what they mean to us. They’ve included my poem ( inspired by Alice Oswald) about my little dog Broccoli. What a place these animals hold in our hearts! 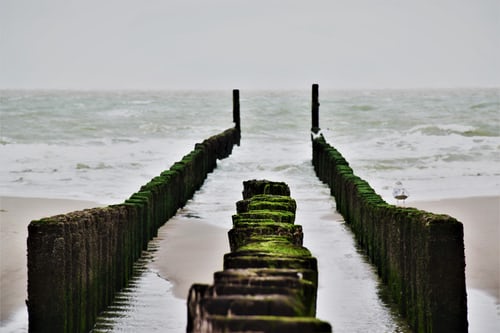 What makes a poem a poem? So many things that books have been written in answer to to the question! What is interesting me at the moment is the use of white space on the page. As Glyn Maxwell famously wrote in On Poetry ‘Poets work with two materials, one’s black, one’s white’ and it’s the interaction of the two that not only frames a poem but allows it to breathe. Even more than that, the white space has been likened to a musical score, giving instructions to the eye on how to read and the ear on how to receive.
Line breaks are an integral part of these instructions, the emphasis they bring to the word at the end of the line or the word at the beginning of the next is central to the construction and interpretation of a poem.
Holly Pester used a great example in her article in Poetry News Vol 109:2 Looking at ‘The other plum poem’ by William Carlos Williams

To a Poor Old Woman

In four short lines, moving the line breaks has created a pattern of different meanings and emphasis and intensified the sensation within the poem. Wow, powerful things these line breaks!
Here’s one of mine, the title poem from the pamphlet and one where line breaks play a significant part in the reading and meaning of the poem.

The dogs that chase bicycle wheels

stare out of windows,
checking the boundaries

They have territories to protect,

from the backs of sofas

to kitchens,
whole worlds held in their flat eyes.

Postmen breach defences,
dropping offerings
to be bitten, ripped and pissed on.

Straining to a point always
just in front of their noses,
the click

tricking them into the frenzy of a chase
for the white scut of a rabbit.

Unceasingly they scout crowded horizons
for what is not there,

will never be there.

I’m really looking forward to reading at the Seren Poetry Festival in February. What a fantastic series of readings and lectures. I’ll be reading at the Mslexia Poetry Pamphlet prizewinners lunch on Sunday 10th and am excited to meet the prizewinners from other years. You can book tickets from the above website.